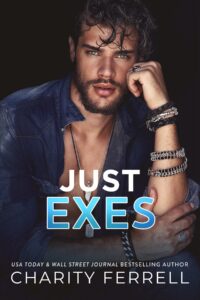 We were the epitome of young love.
Small town sweethearts.
Until we broke.

He promised to hate me until he takes his last breath.
I don’t blame him. He pleaded for me to not walk away.
What he doesn’t know is that leaving him broke my heart as much as it did his.
But I had to do it.

Now, he’s back in town even though he swore he’d never return.
He carries new demons, more heartache, but no one knows why.
And as much as we pretend to hate each other, we can’t seem to push the other away completely.

Then I learn what he’s hiding.
And I’m not sure if he even carries a heart to give me again.