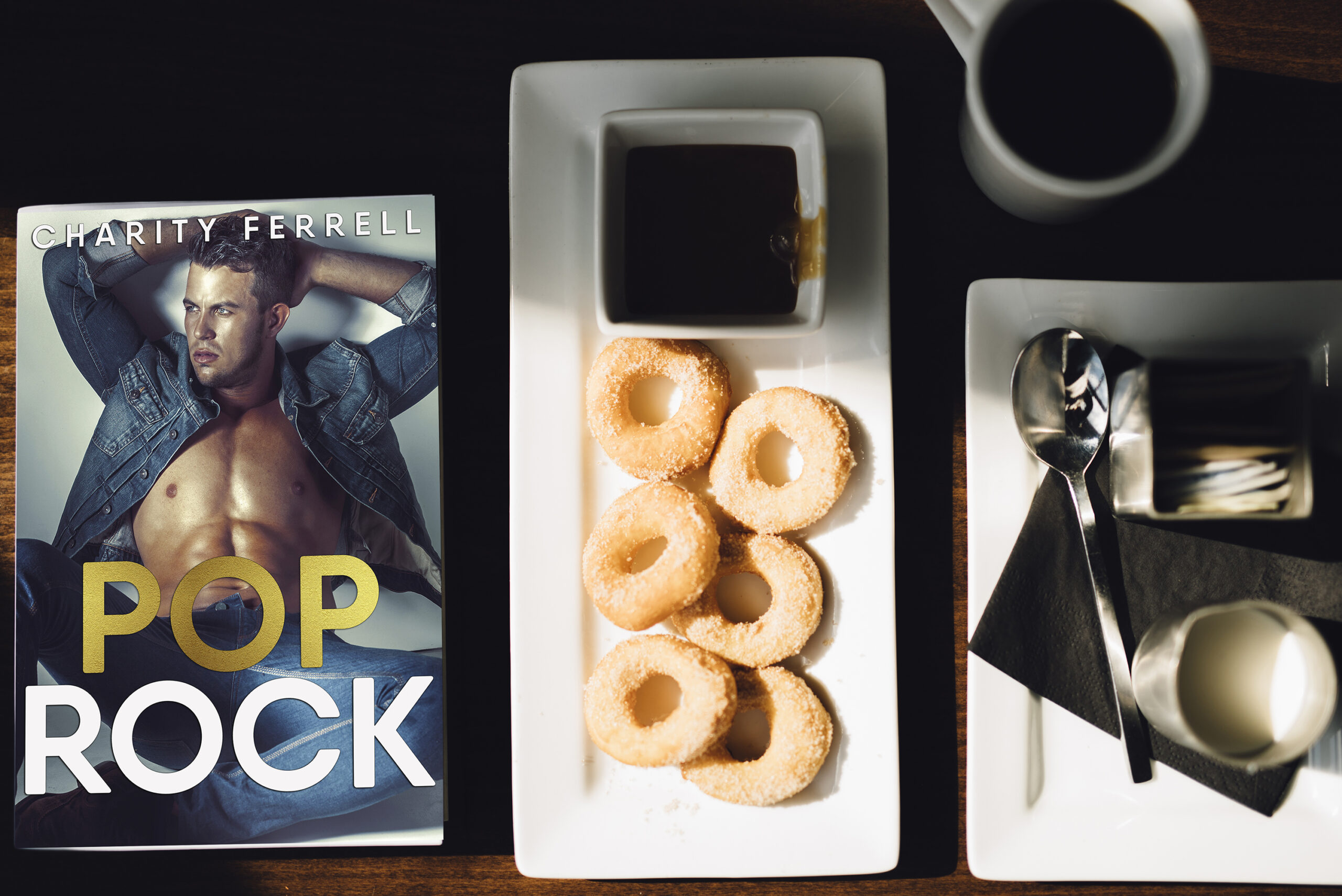 I’ve never been someone who regrets the choices they’ve made.

I like to look at them as life lessons.

Losing my virginity at sixteen to a lying asshole taught me that guys would say anything to get into your panties, even throw out that all cherished four-letter word.

Stealing my father’s Corvette and going on a weekend road trip with my best friend taught me that showing a little cleavage can get you out of spending the night in a jail cell.

My rock star father turning himself into a Federal Correctional Facility last week taught me there are only two certainties in life – death and taxes, and not to depend on other people to pay your bills because when they go broke, your ass goes broke.

But I have a hunch that might change today as I step out of the Uber car and head into the high-rise office building as the California sun throws her heat down on me.

This is the last situation I thought I’d ever be in, but when you’re broke and desperate, you do shit you don’t want to do.

Thomas’ secretary greets me with a smile when I walk out of the elevator and into the lobby. “Thomas is running late,” she says. “He told me to have you wait in his office.”

I sigh, nodding. Damn you, Thomas. “Thank you.”

I pull out my phone and start sending him a text that he better hurry his ass up as I open his office door.

“It’s about damn time you showed up.”

The deep, edgy voice catches me off guard, causing my phone to fall from my hand onto the carpeted floor. I look up to face whoever this rude ass is, and my mouth falls open when I see him standing across the room. He’s casually leaning back against the beige wall, his muscular arms folded over his chest, and a smug, imperious smile is spread along his lips.

He isn’t Thomas – but I’m fully aware of who he is – along with millions of other people in the world.

I’ve watched him perform on TV at award shows, and his photo is plastered all over every gossip magazine, but I’ve never seen him in person. They aren’t exaggerating when they talk about how ridiculously attractive he is.

There’s no denying he’s solidly built underneath his thin, white t-shirt where I can faintly see the evidence of his nipples showing through. A few days old stubble scatters along his lower cheeks and strong chin. He’s wearing a baseball cap, most likely trying to look inconspicuous, and strands of toffee brown hair peeks out along its edges.

Everything about him screams masculinity and arrogance.

This man, ladies and gentleman, is Knox Rivers.

“Fuck,” he hisses, a hint of apology on his face. “I thought you were Thomas. The guy is always on my ass about how being late is so damn unprofessional.” He throws his arms out, gesturing to the Thomas-less room. “Yet, I’m the only one here.”

I nervously bend down to pick up my phone and slip it back into my bag. He’s not the only one who wishes Thomas wasn’t running late.

He gives me a once over, his green eyes narrowing in on me with suspicion. “Who are you?”

“I’m Libby,” I answer, like he should know exactly who I am.

He throws his head back, groaning. “Shit, is that why I’m here?” He looks back at me. “You another chick claiming to be carrying my love child or some shit? You’re wasting both of our time, sweetheart. I always wear a condom and do early paternity tests.”

He can’t seriously think I’m here to baby blackmail him?

“That would be a huge negative,” I answer.

He’s still looking at me like I’m lying about fake carrying his baby.

“Your new assistant,” I draw out in clarification.

The hell? I thought that’s why we’re meeting here today?

“You’ve got the wrong guy, sunshine. I didn’t hire a new assistant. So whatever your little plan here is, it’s not going to work.”

I’m going to throw Thomas out that window when he gets here.

The sound of a loud clap causes me to jump, and I turn around to see Thomas standing in the doorway with a bright smile on his face.

Perfect timing. He had to show up post awkward baby momma conversation.

“Great, I see you two have met,” he says, shutting the door behind him and walking over to his desk. He plops down in the massive leather chair and tilts his head towards the two open seats in front of him. “Have a seat.”

Knox obviously isn’t, because he stays exactly where he is, the same scowl on his face like someone told him he couldn’t have any more cookies.

He points to me. “This chick said she’s my new assistant, which is news to me, considering I don’t remember hiring her.”

I gulp, looking back and forth between the two men.

I expected Knox to give me a hard time. Men like him think if they have money and a Grammy on display in their living room they can do whatever they please, but I figured Thomas would’ve at least given him a heads up that he was getting a new assistant.

“You like her because all she does is stay on her phone and let you do whatever you want. You’re missing important events and not taking shit seriously, so I fired her.” Thomas nods towards me. “And hired Libby. You’re getting out of control, and I had to put a stop to it before you lose the career you’ve worked your ass off for. Libby’s job is to help you get back on track and behave.”

“I don’t need a goddamn babysitter,” he snarls. “I’m perfectly capable of taking care of myself. So what? I enjoy having a drink, a good time, and might fuck a few women now and then. Last time I checked, those aren’t crimes.”

“You also punched a paparazzi in the face and are acting like you have no repercussions for your actions. Your new album released this week, and you’re about to depart on a world tour. You need to work on your image. Libby has been given a pay advance, and I expect you to respect her.”

I tense up when Knox glares over at me. “Libby, I’ll respect you by kindly asking you to leave,” he says. “You can keep the pay advance. Merry fucking Christmas. Again, I don’t need a goddamn babysitter.”

“And I’m not a babysitter,” I fire back, now fully ready for the challenge. He needs to know he can’t walk all over me. “Did you not listen to a word Thomas said? I’m assisting in managing your career and making sure you don’t do stupid shit.” I smirk. “Don’t worry. I won’t be fixing you peanut butter sandwiches or tucking you in for naptime.”

He points at me. “You do know I’m the one cutting your paychecks, sunshine? So I’d reel in the attitude if you want another one.”

Thomas grins at his response – like we’re two kids who just hugged out our problems on the playground. “Libby starts tomorrow. She’ll be at your place at noon.”

“Yeah, whatever, I have shit to do,” Knox grumbles. He doesn’t give either one of us another look on his way out the door.

I blow out a breath. “Are you sure this is a good idea? Is there someone else you can have me work for?” I appreciate him giving me a job, but I have a feeling Knox and I will be butting heads.

“You’ll be good for him.” Thomas opens up a drawer, gets up from his chair, and hands me a binder. “This is everything you need to know. You got this.”

I wish I had as much confidence in myself as he has in me.

This is going to be an interesting three months.

You guys went and made Just Friends a USA Today Be